It has been more than a year since I blessed my website with my presence. Let’s just say, there has been A LOT going on. I finished my Master’s Degree in Museum Professions (New Jersey), moved back to Iowa, took a job as the Executive Director of four different museums in Boone, IA, have done a ton of things, ANNNNNNNND got a puppy.  It has been a very busy year indeed.

I’d like to get back to this blogging thing and am going to make an attempt to make that happen at least once a week. I have many things I’ve been wanting to write about, but at the end of the day I usually find myself going back to work instead of sitting down doing something else I want. I won’t try to go back and make up for the last year, we’ve done that before… it’s intensive. Instead, I’m going to start over and will again be writing primarily on museum topics (sorry folks, it’s my life and it’s amazing), but also some personal things and other randomness.

Today, two things. First a brief review of the ridiculous amounts of things I’ve been doing. Second, the last year in ten pictures to get you up to speed. I just made that up by the way and haven’t even looked at my photos to see if that is possible. Challenge accepted.

My most recent goings-on have included the circus (yay!), a wedding in St. Louis, a lot of golf, some 5K runs, 5d movie theater, steak and pumpkin carving party, a yacht rock party, interactive Rocky Horror Picture Show, Covered Bridge Festival, Civil War Reenactment, Henry Doorly Zoo, Discover the Dinosaurs, Iowa Museum Association Conference in Sioux City, an apple orchard, and the list goes on and on. I’ve been having some fun. The last month has been heavily focused on going to the theatre with Marco.  Four musicals in four weeks. My reviews, in sort of brief:

Memphis: Excellent. The cast was great and the show was fun, not to mention the choreography.

Book of Mormon: Extremely funny, though the humor was just a LITTLE too crude for me at times.

Ghost Brothers of Darkland County: Now this one I HAVE to talk about. It was bizarre. Anybody who knows me knows that I am/was a huge Stephen King fan. So to see a horror musical by he and John Mellencamp was extremely intriguing. Brief background, in 1967 brothers are fighting over a girl and one dies the other commits suicide with the girl. Come to present day and their nephews seem to be headed towards the same fate. Ghost Brothers is about their father trying to save them from what he saw happened to his older brothers.

I would actually call this a country tragedy.  Though the actors were talented, all having  interesting voices, the music itself was not what I expected. The reviews I read beforehand were right on target, this show was extremely disjointed and in no way “spooky”. I wanted so much more creep factor and just couldn’t seem to find it. In a couple of the numbers it began to eek out in accordion riffs and dark lyrics. No spoilers,but the worst part was at the end when momentum was building and you start to think you could actually start “feeling” the play, one of the three narrators (the bad conscience) makes several very poor timed jokes. Overall consensus, see it if you get comped tickets like we did.

Wicked: This Friday! I’ve already seen this show and loved it, I hope this cast is just as great.

Now for the part people like, pictures! Things I LOVED about the last year or so.

Graduation with two of my favorite people on the East coast.

Getting to spend more time with my family.

Perk of my job, riding in a 1935 Detroit electric car. 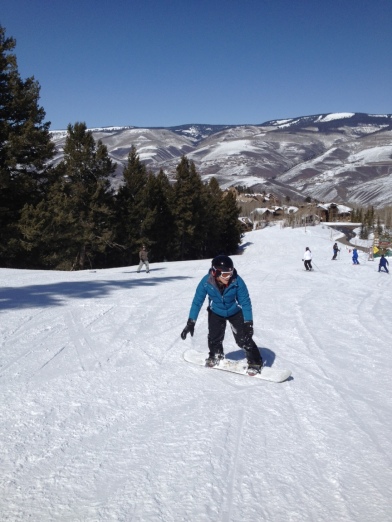 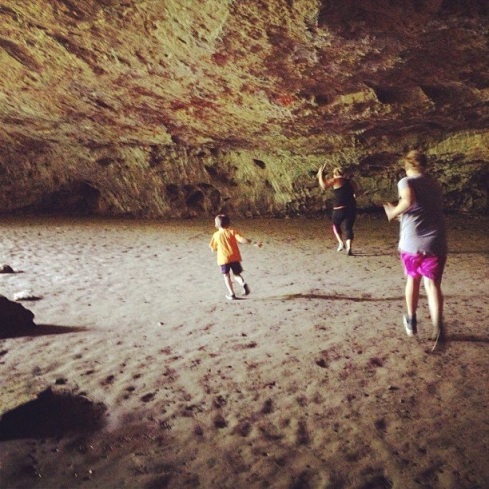 Enjoying my nieces and nephews. Dancing at the Maquoketa Caves.

Meeting this guy, Marco. Also, discovering how purely joyous playing in a pool of corn is.

The birth of lil’ Miss Allie Rose Schwartz, my niece.

This is near where I work. Amazing!

Becoming the proud owner of Sprout.

This entry was posted on Monday, November 4th, 2013 at 3:50 am and tagged with Book of Mormon, Ghost Brothers of Darkland County, John Mellencamp, Memphis, Stephen King, T-Bone Burnett and posted in Mada(M)useo, Reviews (Books, Movies, Etc.), Uncategorized. You can follow any responses to this entry through the RSS 2.0 feed.
« Illuminating the Barnes – Friend or Faux?
How I Landed a Museum Job »

3 responses to “Let’s try this again”